Democrats Must Still Close On The Cost-of-Living

The Democrats have lost ground in this survey from +3 overall margin to even in this survey — and to -2 in the likely electorate. That is driven by Democrats not addressing the top issue, cost of living, where they lost 3 points to be 3 points down and Republicans driving up fears on crime and borders. ​

Democrats are being hurt by the persistence of the economy and crime issue and late hits by the Republicans on on the border and immigration– and that is driving the current slippage. Current Republican strategies on this issue are working. But it is the cost of living – the top worry —  that is still potentially contested. ​

Fear of Democratic governance generates much greater fear than what happens with Republican control. Voters see growing crime, homelessness, attacks on police, and an open Southern border. Republican voters are 9 points more likely to score 10 on the voter-ladder scale and that is driven by Trump loyalists who are about 46 percent of Republicans.​

Democrats are losing ground with moderate Democrats. That is a big part of their loss, the Republican vote rising from 7 to 14 points. That means Democrats are slightly less consolidated. But Democrats have gained with moderate Republicans from 9 to 18 percent and Cheney conservatives, going from 4 to  7 percent. So, this is not just changes in one direction. On the 8 to 10 voter engagement scale, our measure of likely voters, Democrats and Republicans are at parity. And we have Democrats tied in the battleground, a slight gain.​

It is going to get worse, unless Democrats focus on the cost of living and make it their closing message. Our cost of living message (and recognizing no pay raise) is the only message that marginally grows the vote against this onslaught. The message currently being used by the White House and many national Democrats loses the vote further.

← Prev: Winning a Cost of Living+ Election Next: Duh, it's the economy stupid! →

Inflation and cost of living were the top national issues, and they were national. Governors of both parties were...

Winning a Cost of Living+ Election

Democracy Corps conducted a national web survey among 2,770 registered voters from Sept. 9-15, 2022. The data include... 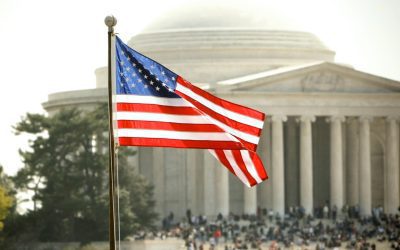 Battling to a Democratic Win in 2022

Democrats face the most daunting internal problems and headwinds getting to a winning margin in the 2022 midterms, yet...